Get an overview of your entire Hyper-V environment today!

Document and optimize your Hyper-V environment

This pack allows users to observe different aspects of their Hyper-V environment in one single view. Reports in this pack can also be used for documentation purposes while the analyses can be used to optimize and improve all your essential Hyper-V hosts, machines, and desktops.

A dashboard that provides quick insights into the reports and analyses listed above. 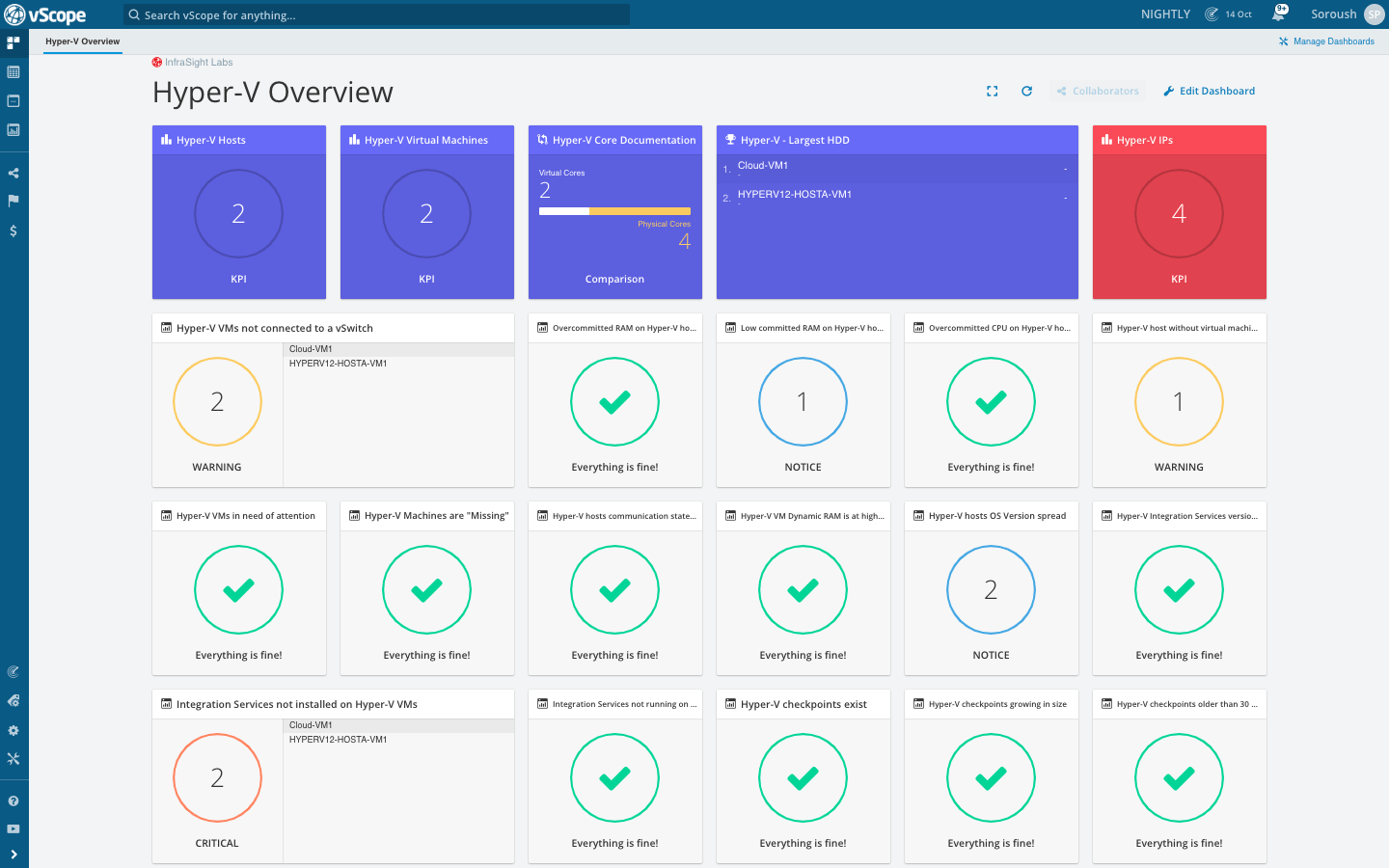 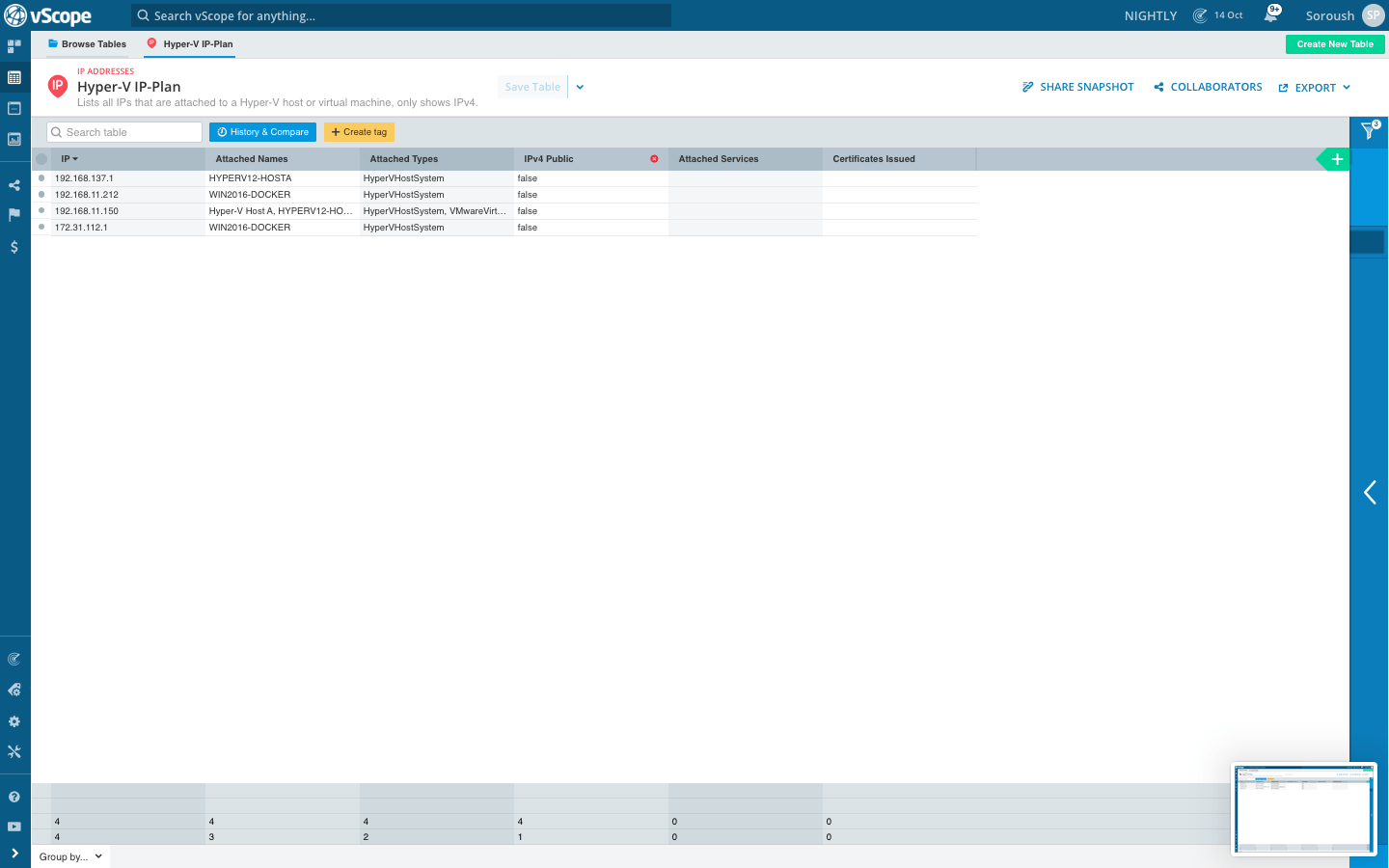 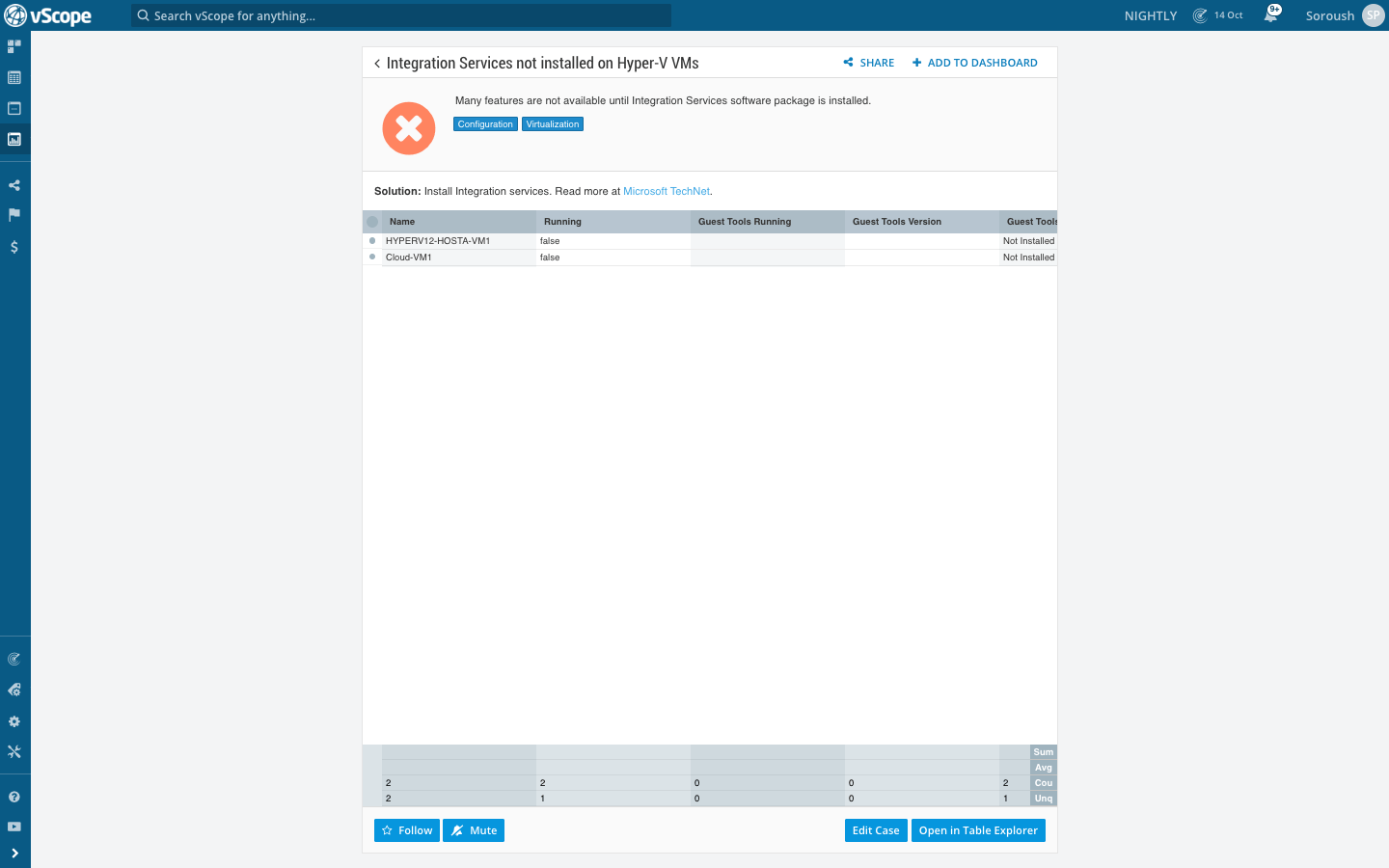 Back to all report packs