Optimize and improve your Active Directory

Take control of your Active Directory

This pack is intended for organizations that want to improve their Active Directory, in one way or another. The pack features two dashboards, each with their own use case. 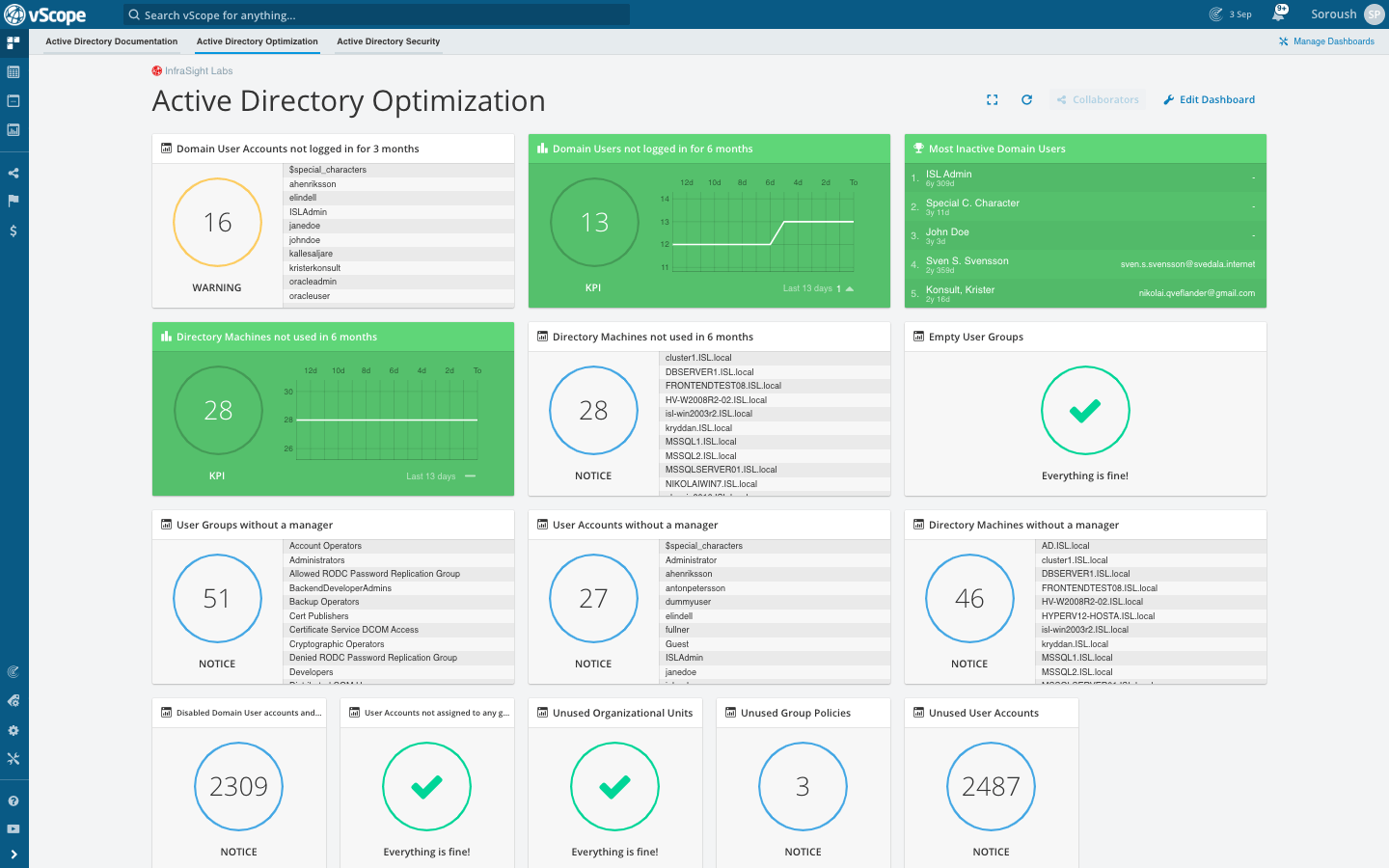 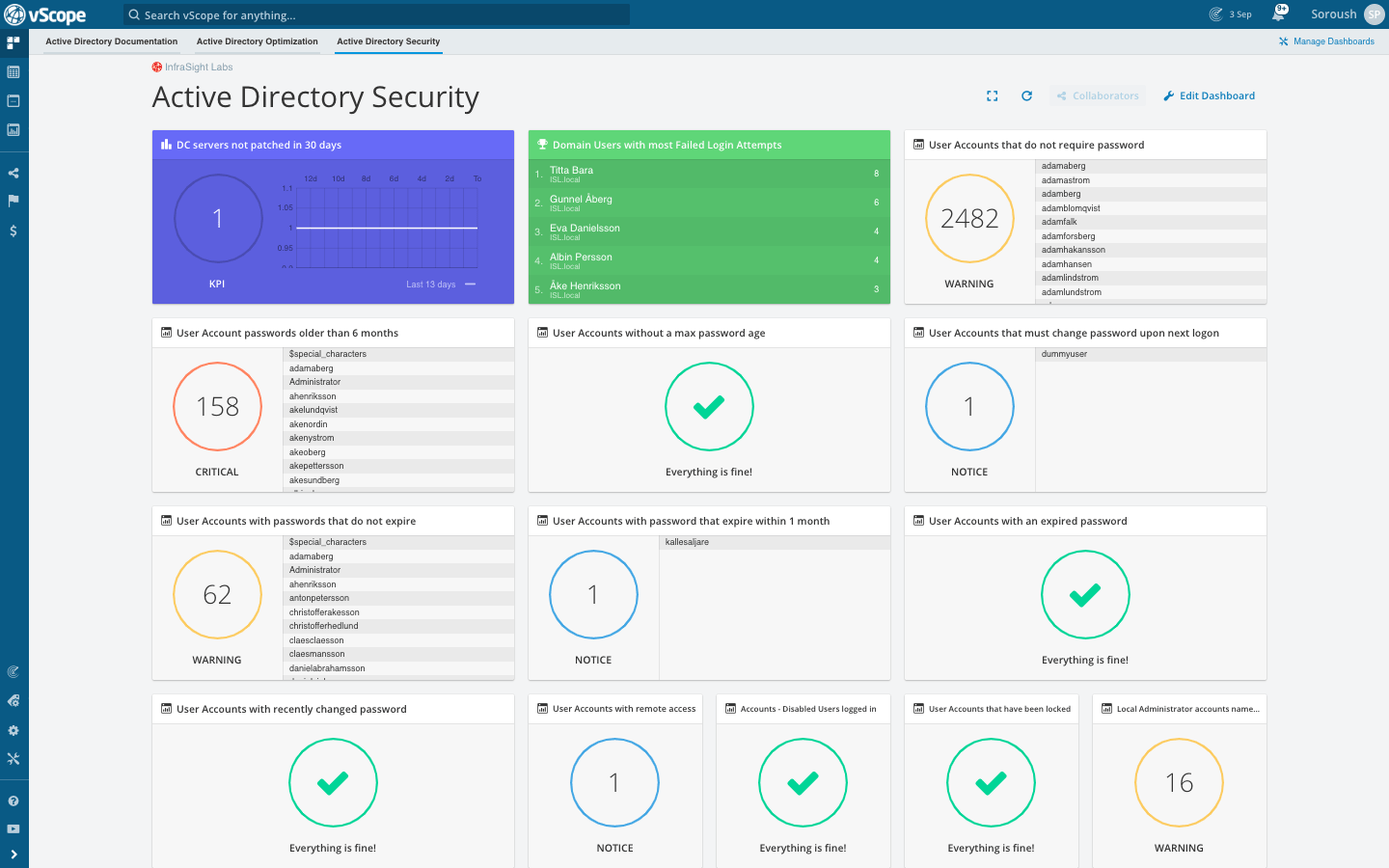 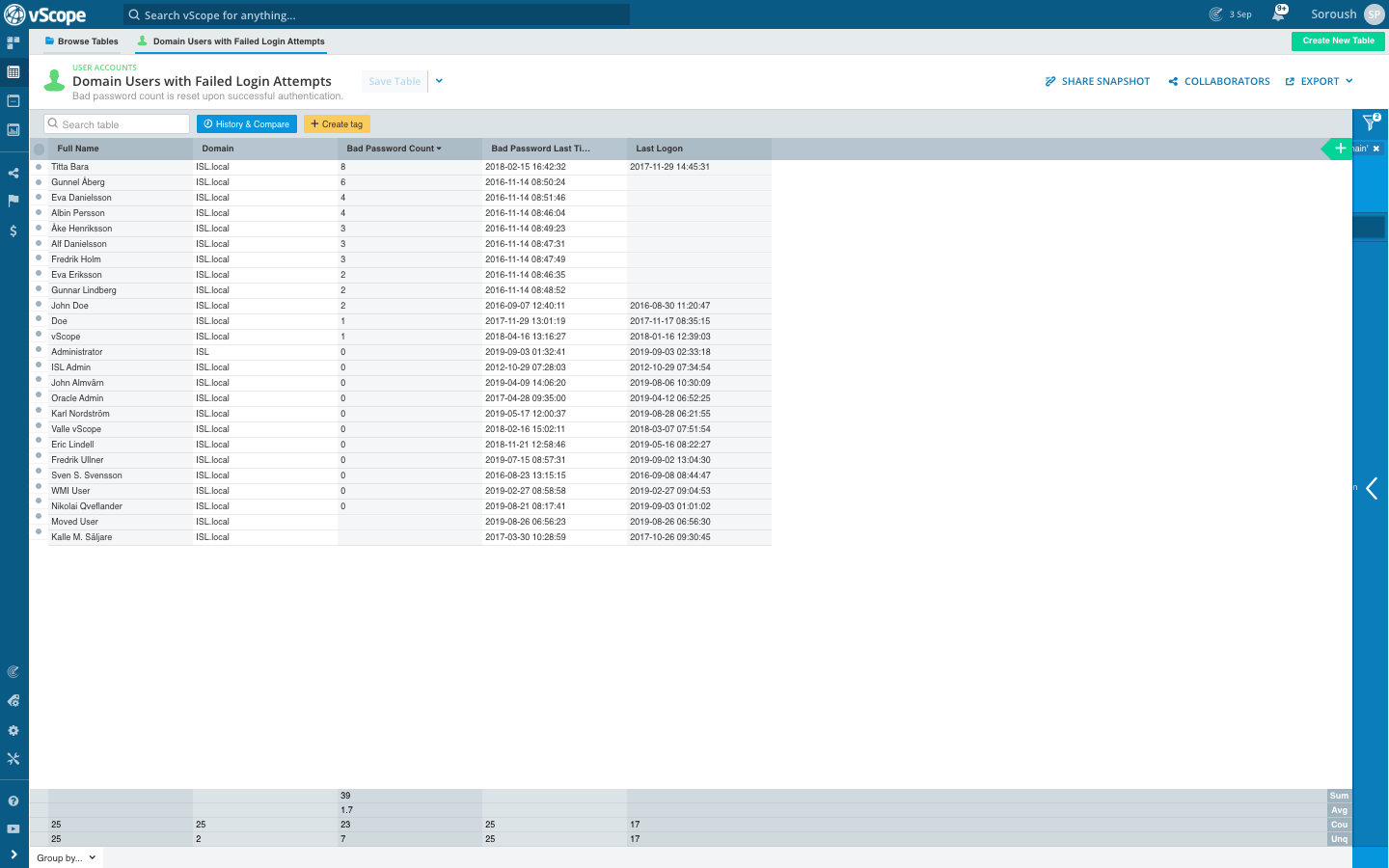 To all report packs